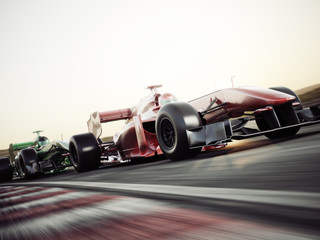 The Velocity Invitational wants to be America’s Goodwood Revival

For many of us, the last couple of years have been filled with isolation, disappointment and the general abnegation of many of the activities that we love, all in the name of the greater good. One of these things I’ve missed most is motorsport — and vintage motorsport in particular. It’s always been a part of my life and was foundational to my love of and interest in cars. Hearing and seeing the race cars, smelling the exhaust and being around the commotion is something I couldn’t wait to get back to. So I was happy to finally find some sort of return to normalcy in the form of the 2021 Velocity Invitational.

If you haven’t heard of the Velocity Invitational, don’t fret. It’s still new and has yet to attract the same kind of recognition as events like the Goodwood Revival or the Rolex Monterey Motorsports Reunion, but I think it’ll get there. Like the Motorsports Reunion, the Velocity Invitational was held at the legendary Weathertech Raceway Laguna Seca on California’s Monterey Peninsula. This venue is oozing with American motorsports history and it’s also one of the most beautiful racetracks in the country, if not the world. It’s one of my favorite places to watch cars and if you haven’t been, you need to go.

The Velocity Invitational shares a few things in common with the Monterey Motorsports Reunion beyond its locale. Chief among these was the quality of cars that show up. I’ve gone to a lot of classic car events and car events in general and much like the Replicant Roy Batty, “I’ve seen things you people wouldn’t believe.” Yet, still, I found myself awed at some of the vehicles that are not only present at the Velocity Invitational but which are seen — and more importantly, heard — pounding around the track.

Love Porsche ? There were a gaggle of 917s on display, both short-tail naturally aspirated cars that dominated Le Mans and the turbocharged Can-Am monsters. Mercedes? Try Sterling Moss’ 300 SLR race car in what is likely to be its last on-track escapade before being retired to the Mercedes-Benz Museum in Stuttgart. How about Ferraris? The Velocity Invitational featured no less than four 250 GTOs out of the 36 ever built, including the only white one. It was overwhelming, even for a jaded car grump like myself.

Among the guests of honor at the event were Ford CEO Jim Farley, who did a bunch of exhibition laps behind the wheel of a Ford GT LM, and McLaren CEO Zak Brown, recently of Drive to Survive fame. Brown brought along a handful of McLaren F1 cars, including cars from the V8 and V10 era, along with racing legend Mika Hakkinen to wheel them around the track. McLaren was also represented by classic Formula 1 cars, including ones driven by James Hunt, and the brutal McLaren Can-Am cars with their 8.0-liter Chevrolet V8 engines.

As a spectator, the access granted to me was almost better than the cars themselves. Access is one of the very best things about vintage racing in general — just being able to get up close to the cars and talk to the owners and drivers — and there are few events that I can think of that offers the kind of accessibility that the Velocity Invitational did. I also tend to believe that the most important part is that this access isn’t couched behind some insanely expensive or exclusive ticket. Everyone who comes in can wander the paddock, hike up to the Corkscrew or camp out in the bleachers to enjoy a day of racing.

This free-flowing vibe also speaks to the highly relaxed nature of the Invitational. Some events, especially those during Monterey Car Week, can be a little hectic or feel a little elitist, but this event had none of that. Because it takes place in November, flights to and from Monterey and hotel rooms are reasonably priced and it’s quick and easy to get around the peninsula. Try getting anywhere during Car Week with any kind of urgency and you’ll appreciate the 10 minute drive time from the track into town during the Invitational even more.

That isn’t to say that there aren’t some limited access areas. There is a catered driver’s lounge that sits alongside the front straight as well as the “Sip and Savor” Pavillion, which requires an added fee over the standard cost of a ticket, but which provides basically unlimited wine tasting and catered snacks along with a prime spot to watch the on-track action. There were still lots of other food and beverage vendors around that could be reached with a basic ticket.

The people behind the Velocity Invitational very much seem to be angling to make it the American version of the Goodwood Festival of Speed, and for the most part, they’re successful. This year is the first incarnation of the event — which used to be the Sonoma Speed Festival — and while it currently lacks some of the cachet of Goodwood due to its newness, it’s not far off and it has the benefit of not requiring a passport or an insanely long flight to get there.