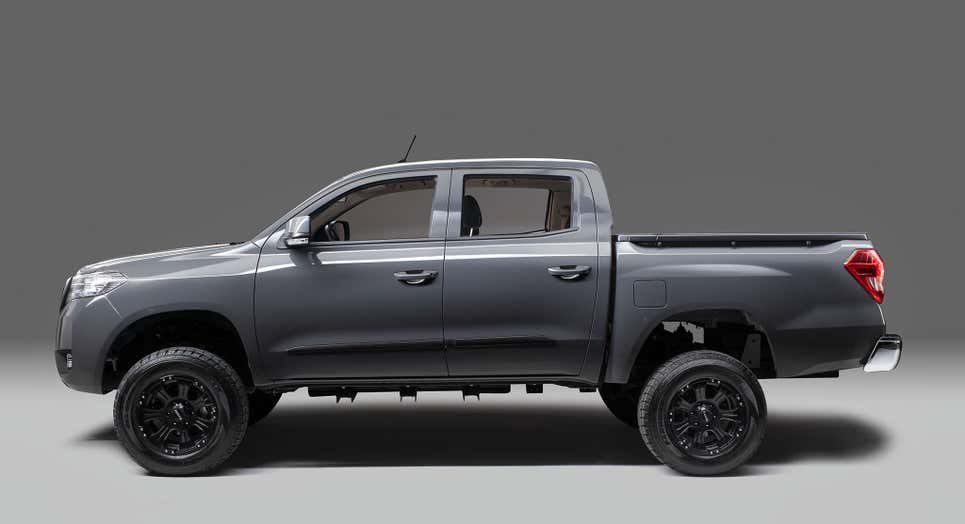 Now that the U.S. subsidiary of the Chinese Kandi Technologies Group has established a firm foothold in the American market with one “affordable” EV, the Kandi K27, the company is rounding out its lineup with a pricey electric car. Well, sort of. Kandi America has debuted the K32, an off-road EV that looks like a midsize pickup but is really more like a side-by-side with a closed cabin.

The Kandi K32 is officially an electric UTV, and it can’t be legally driven on public roads in the U.S. The K32 looks like someone combined a Ford Ranger with a Nissan NP300, but it costs as much or more than either of those trucks.

The UTV is powered by two electric motors for a combined 28 horsepower, and it sends those horses to all four wheels. It reaches a top speed of 65 miles per hour, but Kandi doesn’t cite any acceleration specs. The K32 weighs just over 4,000 pounds and has a GVWR of 5,357 pounds.

It rides on 17-inch tires, which look deceptively small on the UTV due to the K32’s size. It has a wheelbase of 122 inches and an overall length of 214 inches. For reference, a 2021 Ranger Supercrew is 210 inches long. This is a big UTV.

And I’m completely unsure who the market buyer is for this EV, because its mass is at odds with its output. Also, I love the second-gen Ford Ranger and Chevy Silverado on the K32’s webpage, just peeking out behind a garbage container.

Either one of those trucks could easily be found on your local Craigslist for a fraction of the price of the K32, and they could be put to use as a dedicated utility vehicle. Hell, an EV conversion for an old pickup might actually cost less than the K32.

I guess machines like the K32 are as much a reflection of the high prices of UTVs, which can easily cost over $30,000 these days. That’s way too much for a side-by-side if you ask me, but at least with ICE models like the Polaris RZR Pro R you’re getting impressive off-road performance. The K32 doesn’t strike me as having similar capabilities, though I could be wrong.