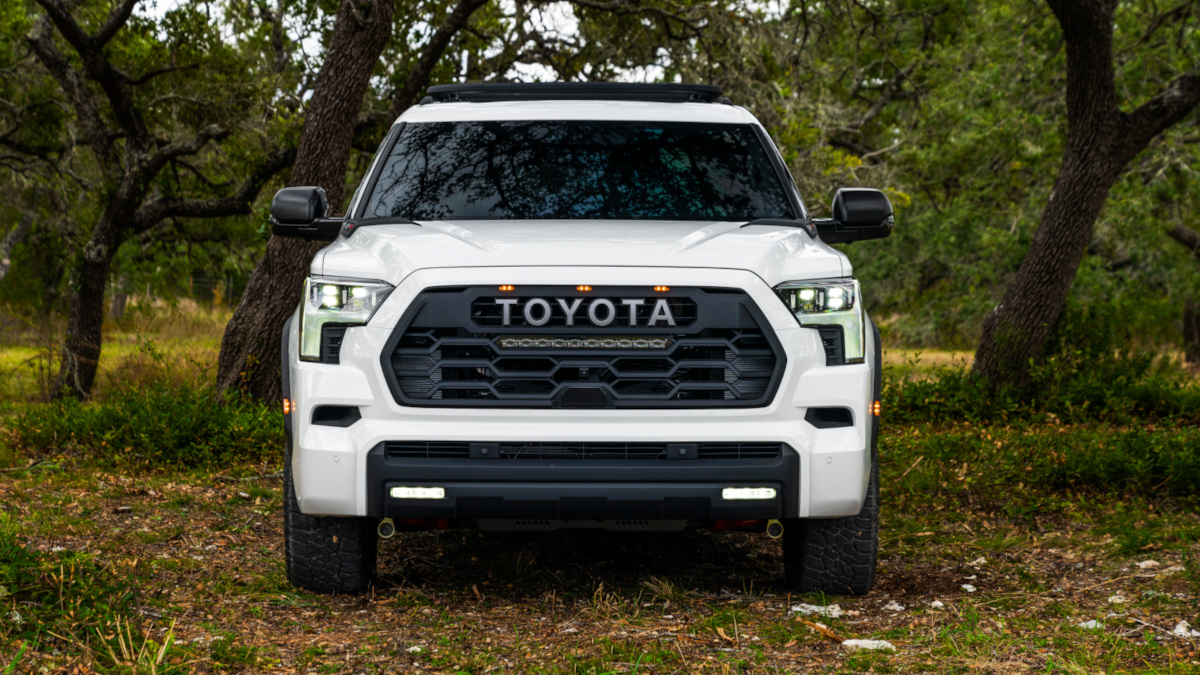 As far as full-size SUVs are concerned, there’s only really one name that comes to mind if we’re talking Toyotas. We are, of course, referring to the Land Cruiser—the consensus king of big and burly Toyotas the world over.

Well, almost the world over.

You see, things are a little different over in the US market. Here, the brand’s go-to full-size offering is now the Sequoia. Like the Land Cruiser, the vehicle was long overdue for an overhaul, and it appears Toyota has delivered with the unveiling of the all-new version.

The most obvious change here is its looks. Designers have given the Sequoia an exterior that aligns with the rest of Toyota’s modern lineup. The face features arguably the boldest grille in the manufacturer’s roster, while its shoulders help convey a dominating stance that will give even larger offerings a run for their money. Bold lines and hard edges lend the look a bit of aggression, and you can opt for a slightly more premium or rugged vibe with the Capstone or TRD Pro trims, respectively.

Inside, passengers are greeted by a spacious cabin vibe with some rather boxy interior design elements. The dashboard is dominated by either a large eight- or 14-inch touchscreen, as well as massive A/C vents. Buyers have the option of replacing the second-row bench seats with captain’s chairs, and the third-row is able to slide six inches for more cargo flexibility at the rear.

Before moving on to what’s under the hood, let’s bring up the beefier TRD options. Two are available here: The TRD Sport and the TRD Off-Road. Both get Bilstein shocks and TRD-tuned springs, but only the latter equips the SUV with off-road features like a multi-terrain monitor, a selectable locking rear differential, and crawl control. Both options get you new wheels and TRD exterior enhancements.

Powering all 2022 Toyota Sequoia units is the company’s I-Force Max hybrid powertrain and its twin-turbo V6 engine. Output is listed at 437hp and up to 790Nm of torque, with shifting duties handled by a 10-speed automatic transmission. Safety buffs will also be glad to know that Toyota Safety Sense comes as standard across the range.