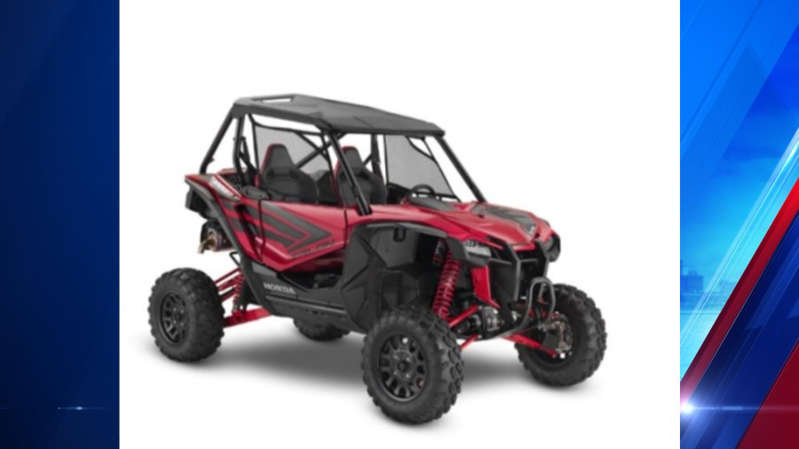 Some recreational off-highway vehicles are recalled

According to the United States Consumer Product Safety Commission (USCPSC), Honda Talon 1000 ROVs have been recalled.

USCPSC says that the vehicle’s intake funnel band screw can loosen and enter the engine through the intake funnel and cause sudden engine failure. If this occurs, it could result in a loss of control, increasing the risk of a crash or injury. The way to fix this issue is for repairs to be made to the vehicle through an authorized Honda Powersports dealer, according to the notice on USCPSC website.