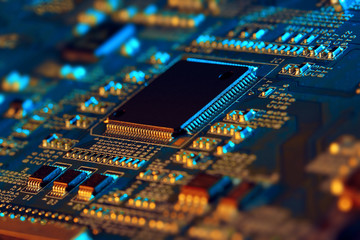 A worldwide computer chip shortage has disrupted multiple industries, and now, it’s setting back winter sports in the Coulee Region.

“They just can’t get parts in,” said Michael Sackett, a manager for Island Outdoors in La Crosse.

At 2Brothers Powersports in Onalaska, snowmobile parts to install are arriving after the snowmobiles have delivered to their shop.

“Some of that products coming without all the parts underneath,” said Ben George, general manager of 2Brothers Powersports.

Most of the missing parts are computer chip related.

“LCD screens are a struggle to get to us,” George said.

But the equipment shortage has caused an increase in the rental industry.

“People trying to buy them and they can’t find it, then they’ll rent them,” said Sackett.

Island Outdoors has seen a rise in rentals as the pandemic continues and people want to head outdoors.

“Business has been higher this year and last year than it has ever been,” said Sackett.

The supply shortage has made both of these businesses change the way they operate.

“It’s not affected us in a bad way — it’s just made us do business in a different way,” George said.

For Island Outdoors, that meant reaching out to different manufacturers.

“But we branded out to lots of smaller companies we brought some local people in,” said Sackett.

And Island Outdoors says it’s already preparing their orders for fall of 2022.

“I think the name of the game right now is to order as much stuff as possible as soon as you can,” Sackett said.

And if you have an issue with equipment you already own, it’s better to call the manufacturer’s directly to get it repaired.