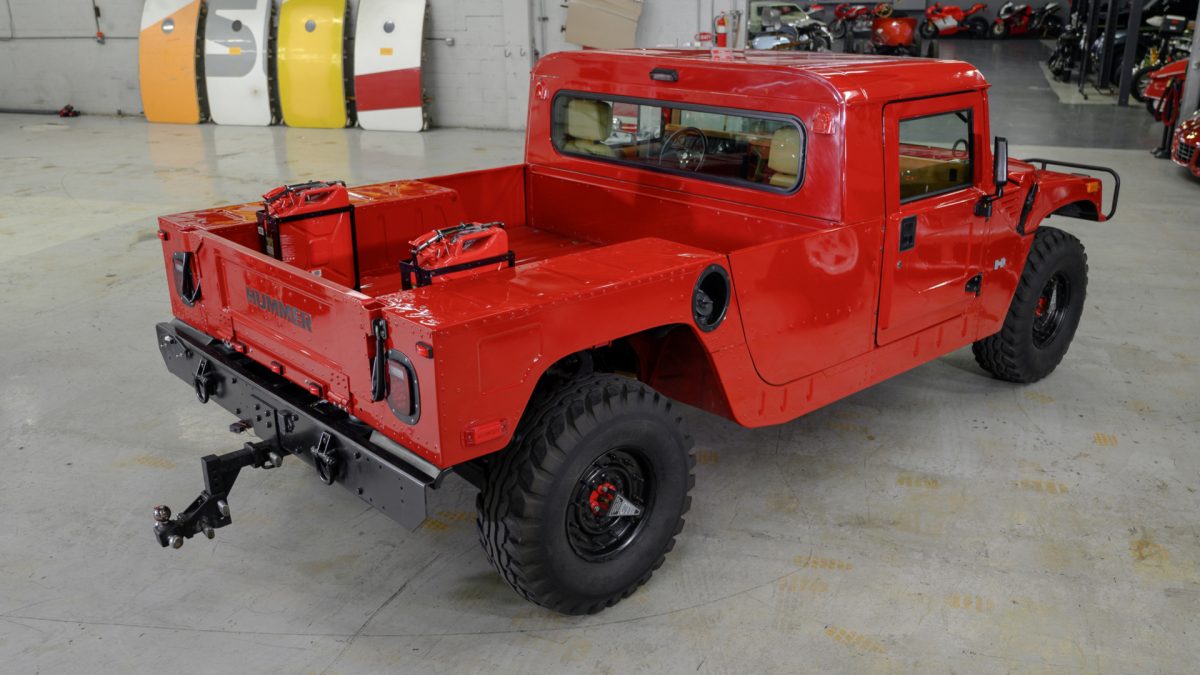 The Hummer H1 is, undoubtedly, an icon and at RM Sotheby’s upcoming Fort Lauderdale auction running from March 25-26, one particularly rare example is set to be sold.

Adorning the exterior of the Hummer is a bright red paint scheme while it also comes equipped with a black bull bar and a black rear bumper. The H1 XLC2 is also sitting on black wheels wrapped in off-road tires and can really be considered as a ‘go-anywhere’ vehicle. Helping to ensure the H1 can tackle even the toughest of terrain, it is equipped with portal axles (just like the Mercedes-Benz G63 AMG 6×6) and has a central tire inflation system. There are also a pair of bed-mounted fuel cans, perfect for long journeys.

Found in the cabin is tan-colored leather across the seats, transmission tunnel, door panels, and dashboard. As the Hummer H1 dates back to the M998 Humvee military truck, the interior is quite unconventional, most notably due to the massive dash and center console separating the driver and passenger. This example has been driven less than 18,000 miles (~28,900 km) so the interior shows very few signs of wear.

The listing says this truck is powered by a 6.5-liter diesel V8 pumping out 170 hp and 290 lb-ft (393 Nm) of torque. Mated to this V8 is a four-speed automatic transmission driving all four wheels.

While driving a car that is as massive as this on the road could be a little inconvenient, it could prove to be perfect for anyone looking to head off the beaten path.