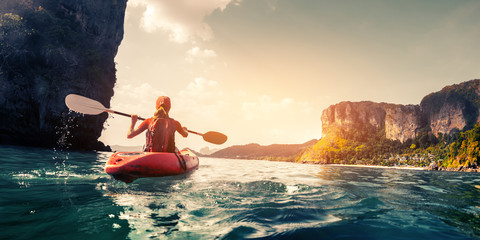 Plenty of options for outdoor sports even in the wet weather

Staying warm and well-fed on leftovers may be the most attractive option considering the forecast of three potential atmospheric rivers sweeping their way over the Pacific Northwest through Sunday.

Friday looks to be the bright spot in a meteorologically dark time of year. This is the stormiest week of the year, traditionally.

There are some outdoors options, even in wet weather.

“Lake Leland is always an option. There are plenty of trout in the lake, but the fish are now in inactive winter mode since the lake water is now 40 degrees or less,” Quilcene’s Ward Norden said.

“The the fish are in winter mode, so trolling is not very effective. Bait fishing is the name of the game and the bait has to be put in front of their noses for the fish to decide what to do.”

Norden said floating Power Bait just a few inches above bottom is the most tested way to fish during the cold-weather months, but there are other options.

“Something that also works well is a worm floated just above the bottom by a small, colorful Corky steelhead bobber pegged in front of the hook with a toothpick,” Norden said.

“Anglers don’t get many bites this time of year, but when you get one, it is a good bite,” he said. “Lake Leland has a nice fishing pier plus lots of beach at the park, but if you prefer a skiff, consider double anchoring to keep the boat from moving the bait.”

Steelhead from the beach

“The methods of catching steelhead off the beach are well known using a Spin-N-Glow steelhead lure in front of a gaudy red plastic squid, but there is also another option not often spoken of,” Norden said.

“Many years ago, a commercial troller friend told me that he could catch all the steelhead he wanted out on the ocean if he trolled a 1½-inch bright red spoon right on the surface. That is much the same as the method I use in the spring to catch trout in Lake Leland with a much smaller red spoon.”

“Steelhead migrate in shallow water, so if you have the urge to break out the boat, trolling a bright red or flame spoon in the shallow water, less than 20 feet, along the beach on the southeast side of Marrowstone Point might be a good plan. A ¼-ounce or ⅜-ounce Wonderlure-style spoon would be about right.”

As for river fishing for steelies? The coastal steelhead season will be discussed at a Monday virtual town hall at 5 p.m. Details are available at wdfw.wa.gov/coastal-steelhead.

Pack the high-powered flashlights and put on the water-resistant clothing to participate in some crab chasing.

“There are some of the very best minus tides of the winter happening in the week after Thanksgiving for the hardy souls with powerful flashlights,” Norden said. “The 10-day forecast predicts rain and wind, so what else is new for the last week of November. Wear a sweater and your Helly’s [rain gear].”