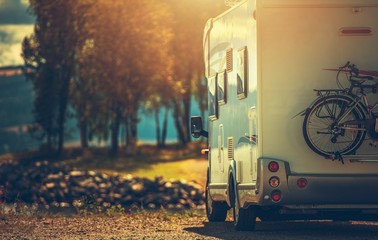 Penalties should be stiffer for impaired driving on recreational vehicles

Several communities around southeastern Wisconsin are considering changing the law to allow ATVs drive on roads.

It’s a change for those communities that could have some benefits. But as more communities allow ATVs, the Legislature now needs to do its part and increase the consequences for impaired driving on recreational vehicles—ATVs, snowmobiles and boats.

The penalties are less severe for recreational vehicle drivers, and the offense does not go on a person’s driving record. The state also allows ATV riders to carry open alcoholic beverages while they are motoring about.

Police can issue a citation, but it is for operating a recreational vehicle while drunk, not criminal operating while under the influence.

Because the consequences are not the same, some who may not drive a vehicle impaired don’t think twice about doing it on an ATV, or snowmobile or boat.

To keep it simple, people shouldn’t be impaired when in the driver’s seat of any vehicle. People should be able to figure that out on their own, but sometimes you need the teeth of the law to remind people what is right and wrong.

State Rep. Lisa Subeck, D-Madison, who is co-sponsoring a bill on the issue, said the push for allowing ATVs into regular street traffic makes it all the more important to pass tougher drunken driving laws for those engaged in alternative modes of transportation.

The idea that some are taking their recreational vehicles instead of cars to avoid criminal charges is not just theoretical. It’s happening.

Here are just a few scenarios.

In the Juneau County community of Mauston, a 26-year-old man was cited in March after he was caught riding an ATV on a public street while intoxicated at about 10 p.m. Police reported that the suspect’s driver’s license also had been revoked. Court records show that the man paid his $452 fine, but was not charged with driving on a revoked license.

In the City of Watertown in Dodge County, an ATV rider in 2019 was suspected of being drunk when he crashed his vehicle with a 9-year-old boy riding as a passenger. The boy suffered serious injuries, prompting County Sheriff Dale Schmidt to publicly denounce Wisconsin’s lax laws on drunken driving with ATVs.

Schmidt said he records about two fatal ATV crashes every year in Dodge County, and drunken operators frequently are the cause. Drivers convicted of being under the influence in their cars know they can avoid a second conviction by using an ATV or snowmobile instead, he said.

A bill before the Legislature would make impaired driving on a recreation vehicle conviction part of an offender’s permanent driving record, and it would empower judges to revoke an offender’s driver’s license.

Law enforcement groups are getting behind the change in law, agreeing there is an “incredible inconsistency” in punishing drunken drivers less severely simply because they are operating a recreational vehicle rather than an automobile.

“This should be a no-brainer,” Subeck said. “It is a flaw in our current law.”