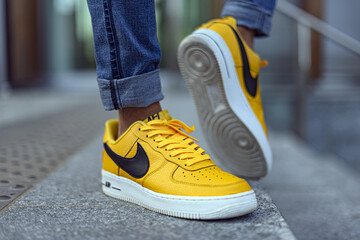 by admin December 8, 2021
sports and outdoor

You won’t be able to buy Nike sneakers and apparel at one of America’s largest shoe store chains in 2022.

Nike announced it will stop selling to DSW as it cuts ties with many stores and shifts to selling more of its products through its own shops, websites, mobile apps and select retailers.

The company has significantly slashed the number of traditional retailers it sells to in recent years to improve profits and tighten control over how its products are showcased. That’s hurt some independent sneaker and athletic shops, which rely heavily on selling Nike — the largest shoemaker in the world — to attract customers.

Designer Brands, the parent company of DSW, said on an earnings call Tuesday that Nike shipped the last of its products to the company in September. Once DSW sells them in stores and online, Nike will be gone from shelves.

Nike is DSW’s largest athletic goods’ supplier, accounting for about 7% of DSW’s sales in 2020.

Nike finance chief Matthew Friend said in September that the brand has “exited about 50%” of its retail partners since announcing this strategy in 2017. At that time, the company said it would focus its resources, marketing and top products on just 40 retail partners, including Foot Locker and Dick’s Sporting Goods.

Selling goods on its own website and physical stores nets Nike more than double the profit it would receive from selling through wholesale partners. The company also gains much tighter control over the shopper experience and pricing. That’s a big advantage for a premium brand like Nike that wants to present merchandise to customers in enticing and consistent ways, and prevent products from being discounted too heavily.

Rivals Under Armour and Adidas are following Nike’s lead, pulling back on retail partners and building the direct-to-consumer sales channel.

Meanwhile, despite losing Nike, DSW believes it can make up the revenue by growing other athletic brands.

“We are getting strong results really across our entire athletic portfolio,” Designer Brands CEO Roger Rawlins said on an analyst call Tuesday.