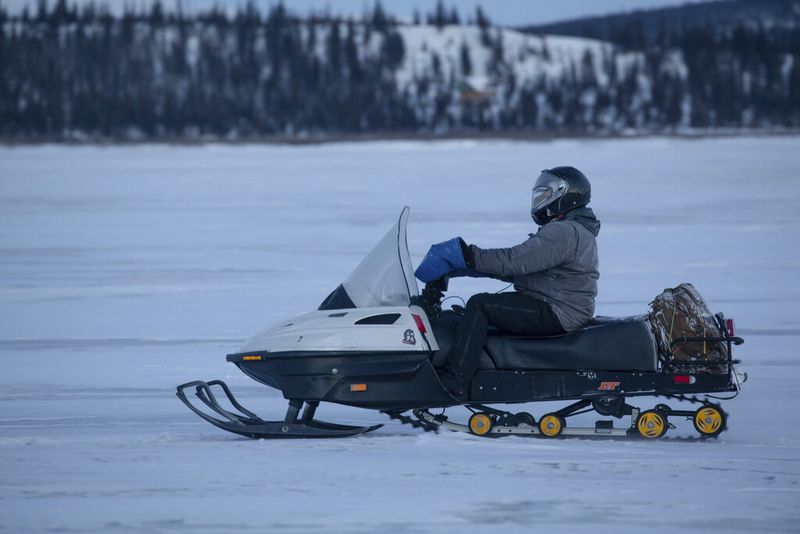 Marines on snowmobiles helped Santa this month while delivering toys to boys and girls in Alaska’s Arctic.

Marines flew to Kotzebue, which is 549 miles northwest of Anchorage and 26 miles above the Arctic Circle, on a KC-130 operated by the Marine Aerial Refueler Transport Squadron 152 based in Okinawa, Japan.

From there, they rode commercial flights and snowmobiles to get toys to 2,500 children in 11 villages, the Juneau Empire reported.

Cpl. Brendan Mullin, who took pictures of the event, could hear children gasp when a Marine Santa entered a pre-kindergarten classroom.

“When you can see the smile through the mask, you know it’s a big, genuine smile,” Mullin said.

Their joyful job was part of the Toys for Tots program run by the Marine Corps and a nonprofit foundation. Started in 1947, the program now delivers 18 million toys to 7 million less fortunate children each year.

“It’s really just to benefit kids. The sparkle in the kids’ eyes, that makes it worth it,” said Capt. Keith G. Lowell, a Marine stationed in Anchorage who oversaw the mission to Alaska’s Northwest Arctic Borough.

The half-dozen Marines who participated were primarily from Delta Company of the 4th Law Enforcement Battalion, a Reserve unit.

“Everyone got an opportunity to play Santa,” Lowell said.

The Okinawa-based crew has partnered with Delta Company on the program the past few years, Lowell said. Traveling to Alaska helps them get the flight hours they need, he said.

He praised the hospitality that greeted the visiting Marines.

“Weather’s always an obstacle out there. We trained for it, we had the right gear. I can’t thank the locals enough. They would help us repair our snowmachines or lend us their snowmachines to make these deliveries,” Lowell said.