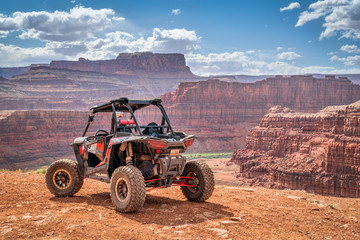 “Waev’s ownership of GEM and Taylor-Dunn represents an exciting new era in the legacy of these brands. We are bringing new life to these businesses, enabling growth well into the future,” said Keith Simon, president and CEO of Waev. “Greater demand for electric vehicles along with advancements in EV technology open up opportunities for GEM and Taylor-Dunn in new applications and markets that we will invest in and pursue long term.”

The Waev founding management group includes Simon, Paul Vitrano, Cosmin Batrin, Jon Conlon and Luke Mulvaney. With extensive experience in the industry and specifically with these businesses, the Waev management team is well-positioned to propel GEM and Taylor-Dunn into this new chapter. Under the continued leadership of this group, the business will be optimized for growth and refocused around the customers, dealers and partners GEM and Taylor-Dunn serve.

GEM and Taylor-Dunn are uniquely positioned in their urban and industrial mobility industries and the product lines will continue as brands owned by Waev. When GEM production moved to Anaheim in 2017, it joined Taylor-Dunn manufacturing and established the Southern California-based electric vehicle center of excellence. This facility will also serve as the headquarters for Waev.

“The 70-plus year history we have in California is just the start! Anaheim has been and will continue to be home to our EV manufacturing, design and engineering operations that are strengthened by our highly skilled and dedicated team. On behalf of the management group, we look forward to the success the Waev team will have building off the strong foundation of these businesses as we pursue new and emerging markets with greater agility and responsiveness,” said Simon.

Polaris purchased Taylor-Dunn in 2016 and GEM in 2011, and announced its intent to sell the businesses in October 2021. The sale of both businesses to Waev was finalized December 31.