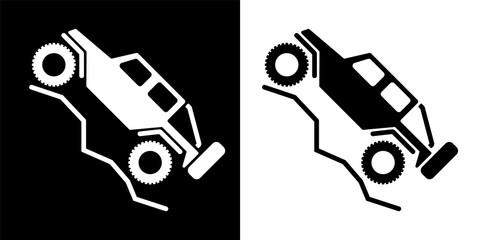 Mahindra launches new Roxor in the US market

Mahindra has reintroduced Roxor side-by-side in the North American market. It falls under recreational vehicles for off-road. The vehicle is manufactured in Auburn Hills, Michigan by Mahindra Automotive North America (MANA) which is the automaker’s subsidiary in the US.

The off-roader from Mahindra was taken away from the market after it faced multiple lawsuits filed by FCA, Jeep’s parent company, now Stellantis.

The suits highlighted the similarities in the designs. Following this, Mahindra changed the exterior design and in 2019 it got a green signal from US regulators as the new design was uncontroversial.

In the new design, Mahindra has done away with elements similar to Jeep. The updated design features a wider front that has more space between the headlamps. It also has a twin-horizontal slat grille with honeycomb inserts painted in black. The fenders are integrated as the wheels have been protected with a wider bonnet. The grilles that taper down the front bumper can give the user a view of the suspension and tyres.

Under the hood, the Roxor boasts a 2.5-litre diesel engine that generates a power of 64 hp and a peak torque of 195 Nm. The vehicle sports a top speed of 88kmph. Based on the discontinued first-generation Mahindra Thar, this vehicle comes with two gearbox choices and a five-speed manual and six-speed automatic gear. It is also capable to tow weights up to 1,583 kgs. The Roxor will be available in only red and black colours.

The new Roxor SUV isn’t likely to be launched in the Indian market as it is a US-spec model.