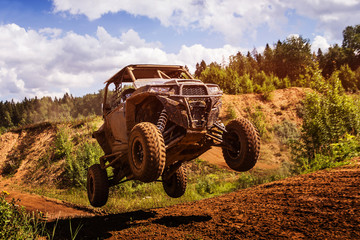 Lewis County hires lobbyists to get heavier UTVs on trails

Lewis County has hired a lobbying firm so it can have more legal vehicles on the trails.

People from across the north country and beyond travel to the county every year to hit the ATV trails. But, county officials say there is one motorized market that they aren’t able to take advantage of.

“New York state is one of the only states that doesn’t recognize off highway vehicles that are over 1,000 pounds,” said Ryan Piche, county manager.

Many of those fall into the category of a side-by-side or UTV.

“They can’t be registered in New York state, they can’t be insured and it makes things very difficult,” said Piche.

The county wants to see that change because if the UTV’s are registered, the county would see more revenue.

So, the county as hired a lobbying group to make its case in Albany and learn why this policy currently exists.

“Basically get a better overall understanding of the big picture about why there is so much resistance to this at the state level and what we can do to maybe overcome that,” said Piche.

Local dealers say the legislation will help boost sales because some people don’t end up buying a UTV because they don’t want to run the risk of riding it illegally.

“If they are a customer that has never owned a side by side, yes, that is a point that I tell them. That way, they are aware, so that way they don’t spend $25,000 and get caught on the trails and all of sudden get a ticket,” said Tyler Spry, sales manager, Watertown Power Sports.

Getting the change would mean UTV enthusiasts would join the estimated 9,000 legal ATV riders, which already accounts for $8 million in revenue for local businesses.

Piche says next steps are to sit down with the lobbyist group to talk strategy. The legislative session resumes in the new year.