Home > Motorsports > “Fastest Motorsport on the Planet” Will Not Happen on the Ground, But Over City Centers 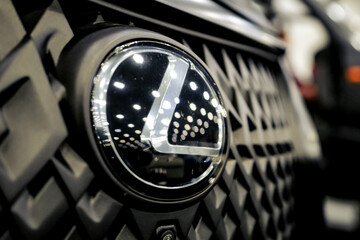 “Fastest Motorsport on the Planet” Will Not Happen on the Ground, But Over City Centers

Over the years, many have tried their hand at setting up exciting competitions in the world of aviation. The most famous of all was the Red Bull Air Race, a series that ran from 2003 to 2019 with the blessing of the World Air Sports Federation (FAI).

Now, racing in the air is an entirely different affair than racing on the ground, not only on account of the type of machines needed, but also because airplanes operate in three dimensions, hence it’s a lot trickier to make them occupy the same space at the same time safely.

The compromise found by Red Bull, the creators of the series, was to have airplanes fly individually on set courses and against the clock, with the fastest one being declared the winner. Although safe as far as pilots and far away crowds were concerned, this way of running a race was a bit boring to some, as technically airplanes were not necessarily racing each other, but each others’ best times.

So, eventually, the Red Bull Air Race went bust, and would have been relegated to the history books if it weren’t for the World Championship Air Race (WCAR) that allegedly kicks off in 2022.

The people behind this new series promise two major changes that might draw even bigger crowds than the estimated 24 million spectators the Red Bull Air Race had over the years. You see, that one generally took place over water or other natural setting, for obvious safety reasons, and, even if it resulted in incredible images of aircraft in the wild, it kind of limited the fun for those watching from the ground.

This time, we’re promised “the fastest, three-dimensional motorsport on the planet in a thrilling, city-center event series.” What exactly that means is not clear at the moment, as no locations have been announced so far.

As for planes, at the time of writing, WCAR’s website claims various classifications of competition are being looked into. The main series is called Elite XR/1 and calls for 12 teams to face each other off “in an elimination format across three rounds of racing.”

A feeder series called SR/2 should be set up, with three teams with multiple pilots going after one another “in a Le Mans style of relay race with cumulative time determining the final results and allocation of world championship points.”

In February 2021, WCAR signed a deal with FAI to run the series for 15 years, and in the fast-evolving world of aviation that means adaptations will have to be made down the line. This is why the final two classifications are for types of flying machines that are not actually here yet.

The first would be the Jetpack JP/1, dedicated, obviously, to jetpack racing. The second is VTOL E/1, with electrically-powered vertical take off and landing machines taking the center stage.

For now, only Elite XR/1 is somewhat defined, in that all twelve pilots are known, most of them veterans of the Red Bull Air Race. They’ll be flying either Zivko Edge or MXS airplanes, both of them running on conventional fuel (from season five, the series should go all net-zero carbon by using biofuels).

The Zivko is an American bird powered by a modified Textron-Lycoming engine rated at between 310 and 327 hp, depending on the variant. The unit spins a Hartzell composite, three blade propeller that pulls the plane along at speeds that can reach 170 knots (196 mph/315 kph).