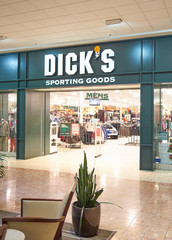 Days after the mass school shooting in Parkland, Florida, in 2018, a shaken Ed Stack, then the CEO and largest shareholder of Dick’s Sporting Goods, decided it was time for his 850-store chain to pull certain guns off its store shelves.

The accused 19-year-old shooter in the Parkland massacre hadn’t purchased his AR-15 assault-style rifle at a Dick’s Sporting Goods store. But he had legally bought a different shotgun months earlier at a local Dick’s outlet—and that hit close enough to home for Stack.

“I don’t want to be part of the story anymore,” Stack told his top executives days after the murder of 17 students and teachers in Parkland.

And with those words, Stack, a gun owner and gun rights supporter, set in motion a series of corporate actions that may serve as a model for other CEOs trying to balance their personal conscience and corporate interests when dealing with thorny societal issues, according to two new Harvard Business School case studies.

“Increasingly, business leaders are expected to take stands on societal issues—to do societal good. It’s gone beyond ‘do no harm,’” says George A. Riedel, the Henry B. Arthur Fellow and senior lecturer at HBS, who wrote the pair of cases entitled “Dick’s Sporting Goods: Getting Out of the Gun Business.” “Standing on the societal sidelines is increasingly becoming less of an option for companies and business leaders.”

Riedel stresses that no two companies are the same. Other firms looking to take a stand on social issues can’t necessarily take the dramatic steps Stack and his colleagues took to rid their firm of most, though not all, gun sales.

But Riedel, who teaches Leadership and Corporate Accountability (LCA) at HBS, says business leaders can still learn many lessons from how Stack successfully navigated this difficult decision. These lessons include getting top executives on board with a change, analyzing the financial impact, and developing a communications strategy aimed at explaining the firm’s actions to customers, employees, suppliers, and investors.

“There are always going to be tradeoffs,” says Riedel. “But what the Dick’s Sporting Goods case shows is that you can get it right, that you can have a positive outcome if you handle things well.”

A calculated change
Stack, whose father founded the company in the late 1940s in upstate New York, had grown increasingly alarmed over the years by several mass school shootings across the United States, the case says.

Indeed, after the mass killings at the Sandy Hook Elementary School in Connecticut in 2012, Dick’s Sporting Goods began removing assault-style rifles from its stores, according to the cases.

But after the Parkland massacre six years later, Stack felt compelled to do more, including eliminating the type of semiautomatic rifle that was used in the shooting from stores and refraining from selling any firearms to people under age 21.

“Watching those kids, listening to those parents—it had a profound effect on me,” says Stack in the case. “I hadn’t cried that much since my mother passed away. Somebody needed to do something to fix this broken system, and given our position in the industry, I felt that we needed to take a stand and do something. This has got to stop.”

Still, Stack avoided acting impulsively. Days after the mass shooting, he connected with Dick’s Sporting Goods executives Lee Belitsky and Lauren Hobart about his idea to significantly scale back the gun-retail business, according to Riedel’s case studies.

The top executives generally agreed with Stack’s decision, but all three said it was essential they first analyze the potential financial impact on the company’s $8.4 billion in overall revenues.

In one calculation, company officials estimated Dick’s Sporting Goods stood to lose about $250 million as a result of eliminating sales of guns and other related items. As Stack commented: “There was no upside in our economic analysis.”

Crafting a careful communications strategy
Stack and his colleagues fully expected a backlash from angry customers and gun-rights groups, such as the National Rifle Association, and they were additionally concerned about Wall Street’s reaction to the elimination of gun sales at Dick’s.

They decided they needed a comprehensive communications strategy to minimize potential negative reactions and win support from others for the company’s plans, which included a gradual phase-in of the ban at stores and replacing gun products with higher-margin apparel and other items.

Afterward, he heard the “predictable response” from angry critics, some of whom called for a boycott of the chain. But he was surprised to find that the reaction on Wall Street was muted—and by the end of the day, Walmart, L.L. Bean, and Kroger all announced similar gun-sale restrictions of their own.

Dick’s Sporting Goods did lose millions in sales in the months immediately following Stack’s announcement, but the chain’s revenues ultimately recovered through other sales in subsequent quarters. Profitability also picked up given the improved margins of merchandise that replaced guns.

Taking a stand paid off
Ultimately, the leader of Dick’s Sporting Goods followed his conscience, and the strategy worked—largely because he resisted an impulsive move, built consensus, and communicated effectively, Riedel says.

The company undoubtedly benefited from the fact that Stack controlled nearly two-thirds of the company’s common share votes and had the personal authority to take a moral stand and risk the consequences, Riedel says, noting that CEOs with less power at other publicly traded firms may not be in such an advantageous position.

But the concrete steps Stack took also prevented the company from paying a higher price for following its corporate conscience—and the way it handled the change is something other business leaders can learn from, Riedel says.

“Ed Stack struck the right balance, and he can always say, ‘I did the right thing for the right reasons,’’’ says Riedel.