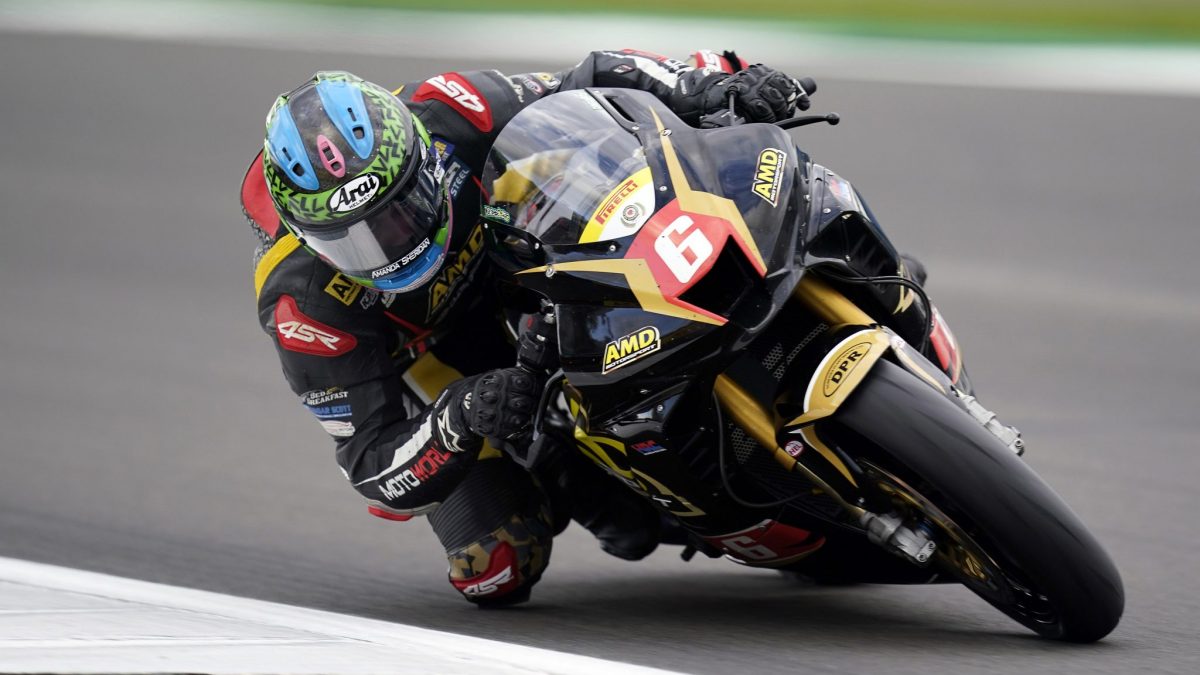 Richard Kerr will return for a second consecutive year with the AMD Motorsport team for the 2022 Pirelli National Superstock Championship season after re-signing for the Dumfries-based squad.

Kerr will continue with the factory-prepared Honda Fireblade and will be joined by highly respected and experienced crew chief Simon Bleasdale for the new campaign.

County Donegal’s Kerr enjoyed a strong maiden season in the Pirelli National Superstock class in 2021 having made the move from the Quattro Group British Supersport Championship where he’d previously excelled.

The 21-year old finished 20th overall on the Honda Fireblade, scoring points in nine of the 18 races and will return on the CBR1000RR in 2022 as he looks to climb up the leaderboard and build on the progress made this year.

Highlights of the season included a superb seventh place at Cadwell Park in August when he finished just six seconds adrift of race winner and eventual champion Tom Neave. Another top ten finish was taken at Donington Part where he finished eighth and the Kilmacrennan rider was a regular top 15 runner throughout the year. He also enjoyed a solid outing in the final round of the Spanish Superbike Championship.

The AMD Motorsport team, owned by Fraser and Mary Dykes, are keen to build on the impression both they and Kerr made this season in the Superstock class and enlisting the services of Bleasdale shows their intention.

Having previously worked for a long period in Grand Prix racing with both HRC and Yamaha race teams, Bleasdale has more recently worked with Jamie Coward, with the SB Tuning-prepared Kawasaki taking the Yorkshireman to a close second in the 2019 Lightweight TT.

Kerr said: “I’m delighted to be staying with AMD Motorsport and very grateful to Fraser, Mary and the whole team; it’s a big commitment and without them it wouldn’t be possible. I feel that I had a strong debut year in the Superstock class and with the Honda and although, as expected, there were a few ups and downs along the way, we also had some good results.”

“The target for next year is podiums. When things went well in 2021 we weren’t a million miles away so that has to be the aim along with consistency. Scoring points weeks in week out is very important, obviously, and with Simon as my new crew chief, it’s the missing piece of the puzzle which we hope will see us achieve our goals.”

Team owner Dykes added: “After a successful 2021 season we’re really pleased that Richard has re-signed with us to ride the Honda again in 2022 and with new crew chief Simon Bleasdale added to the team, everything is coming together nicely. I’m sure that Simon’s vast experience will bring a lot to the table for both Richard and the team and we can’t wait for the season to get going.”

The team will undertake a comprehensive pre-season testing programme prior to the opening round of the Pirelli National Superstock Championship at Silverstone on April 15-17.