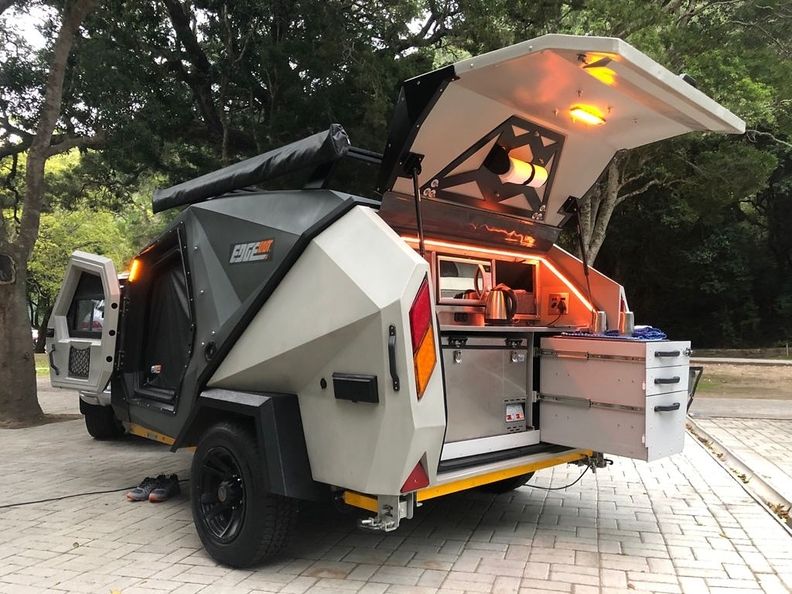 We know about the pandemic has led to a lot of “staycation” spending. But it’s also prompted investments by consumers into campers, recreational vehicles and trailers.

The RV Industry Association reported recently that the number of RVs shipped in October 2021 was up 22.5 percent vs. the same month in 2020. The 57,971 units represented the highest shipment number for the month of October and was some 2,000 units higher than September 2021.

That’s good news, obviously, for companies that make RVs and trailers as well as suppliers to those OEMs. Thetford Corp., a molder of camper toilet systems and accessories, was recently acquired by a private equity fund.

RVs and trailers are a popular option for travel while still retaining personal private space. Can their the popularity lead to investments in new kinds of RVs?

A rotomolder in Cape Town, South Africa, certainly seems to think so.

The owner of 4EVR Plastic Products, Vonnie Heyns, says a friend familiar with how rotomolding is used to make tough protective cases, kayaks, tanks and other items asked if it was possible to rotomold a camping trailer.

The Edge Out is molded in separate sleeping and kitchen pods, allowing users to tweak a trailer the company refers to as “robust” and low maintenance.